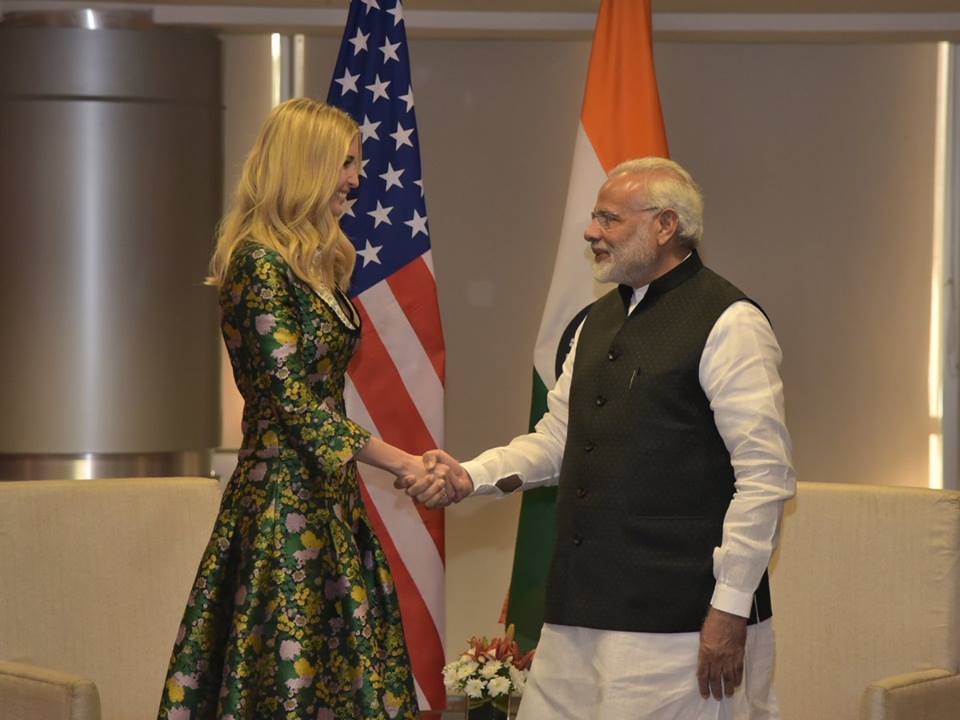 The royal dinner that awaits Ivanka will be hosted by Prime Minister Modi at the world's largest dining hall at Taj Falaknuma Palace, Hyderabad, Ivanka will reportedly be welcomed on a regal, horse-drawn carriage, from the main gate to the palace atop the hill, followed by the traditional aarti and the lighting of the ceremonial lamp, after which she will be served the grand dinner at the royal dining hall India Today reported.

A five-course menu, inspired by Hyderabad's famed cuisine is being prepared for Ivanka, by a host of culinary experts, led by executive chef Sajesh Nair.