An explosion struck the Port Authority bus terminal at 42nd Street and Eighth Avenue near Times Square on Monday morning and one person is in custody, the New York Police Department said in a tweet.

The man in custody is injured, police said in a tweet.
The station is one of the busiest commuter hubs during rush hour. 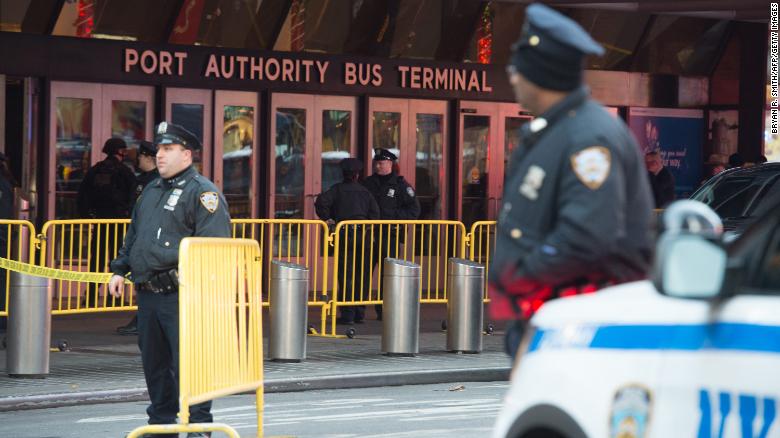 Police respond to an explosion at the Port Authority Bus Terminal on December 11, 2017 in New York.
The A, C and E subway lines were evacuated, NYPD Sgt. Brendan Ryan said. The subway entrance on Eighth Avenue and the bus terminal are closed, the Port Authority said in a tweet, adding that there was still police activity in the area.
There are no deaths reported, a federal law enforcement source said. 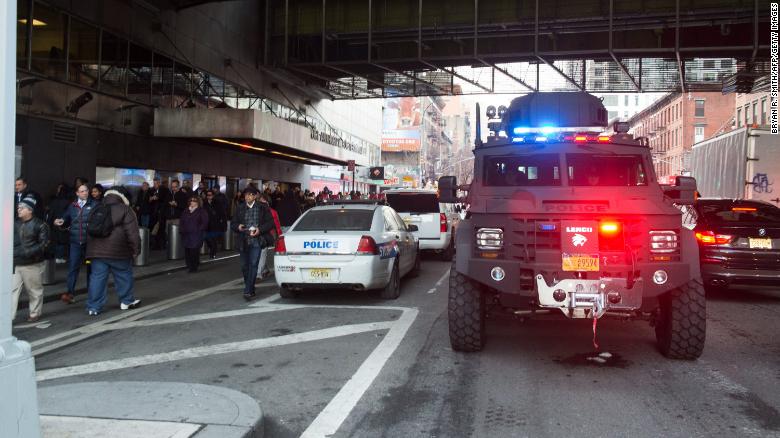 Police and other first responders outside the Port Authority Bus Terminal on December 11, 2017 in New York.
"Could have be a lot worse," the source told CNN.
Preliminary information, according to two law enforcement sources, one local and one federal, indicates a pipe bomb may have unintentionally exploded.
A man wearing a homemade device attempted to detonate it, and it either malfunctioned or did not go off the way it was supposed to, according to one NYPD source.
Source and artlice credit :http://edition.cnn.com/2017/12/11/us/new-york-possible-explosion-port-authority-subway/index.html
Tags: bomb explosion in new york
E-mail me when people leave their comments –
Follow